The revitalization of Kansas City progresses with the addition of Two Light Tower to the growing downtown area.

Designed by Baltimore based architects Hord Coplan Macht, Two Light Tower is a residential luxury apartment tower located in the heart of the Power & Light District across from Sprint Arena. Two Light broke ground on March 14, 2016 and was completed in spring 2018. This luxury residential condominium tower is a soaring 24-stories and includes 296 one and two bedroom units, including a few two story penthouse suites. The first floor boasts 15,000 square feet of office and 31,000 square feet of retail space. Two Light Tower is constructed atop a new subterranean parking garage with 500 spaces for residents and locals. Two Light joins its sister tower, One Light Luxury Apartments, completed in 2015, and will eventually be joined by the planned Three and Four Light Towers. The addition of Two Light lends even more momentum to an existing housing boom and return to walkable living going on in downtown Kansas City, which has received a $6.5-million investment over the past ten years.

Solid as a Rock 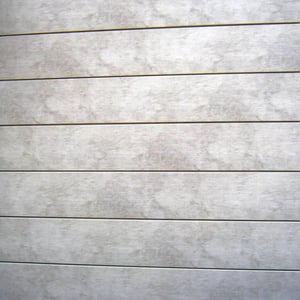 Two Light Tower features NeaCera® Terra-cotta Cladding as a solution of choice for this high-rise project. NeaCera rainscreen panels are featured on the tower’s façade and Two Light is one of three buildings in the nation showcasing our unique White Stone finish panel. Currently, there are no other material providers who can achieve this dynamic finish with terra-cotta. NeaCera is able to achieve this stone texture due to our engobe process where the finish is applied in a clay slurry before being baked directly into the panel.

Two Light is located in the bustling heart of downtown at a busy intersection, surrounded by sidewalks on three elevations, and attached to an existing structure on the fourth. With only 10-feet of sidewalk space and one lane of traffic on either side of the building, panel storage and shipping was a concern for general contractor and installer on the project, JE Dunn Construction; named Midwest Contractor of the Year in 2017. To navigate spatial constraints, all panels were stored 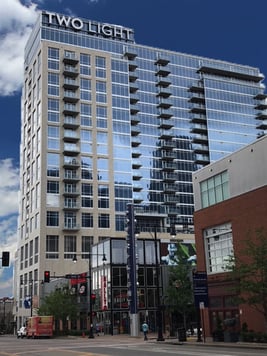 in the subterranean parking garage. Given the small amount of space for storage and its limited access, NeaCera was able to meet their unique challenge by strategically planning for multiple panel shipments to arrive only when the construction team was ready to install and had the space to accommodate them. Having never installed cladding previously, JE Dunn was excited to work with the NeaCera Rainscreen system for its ease of installation resulting from lighter weight panels, our unique Lift & Lock design, and 3 universal system components.

Two Light Tower is a window intensive project, with hundreds of windows on all elevations. To educate JE Dunn on the NeaCera system, Avenere Cladding flew their team to Baltimore for our in-house pre-construction orientation session. Here, the installers received a product presentation and were able to train on installing the product prior to panel delivery. To ease and simplify the installation of NeaCera on such a demanding project, during JE Dunn’s orientation, Avenere Cladding was able to amend and optimize their in-house shop drawings. At their request, control points and datum lines were added to help streamline the installation process. 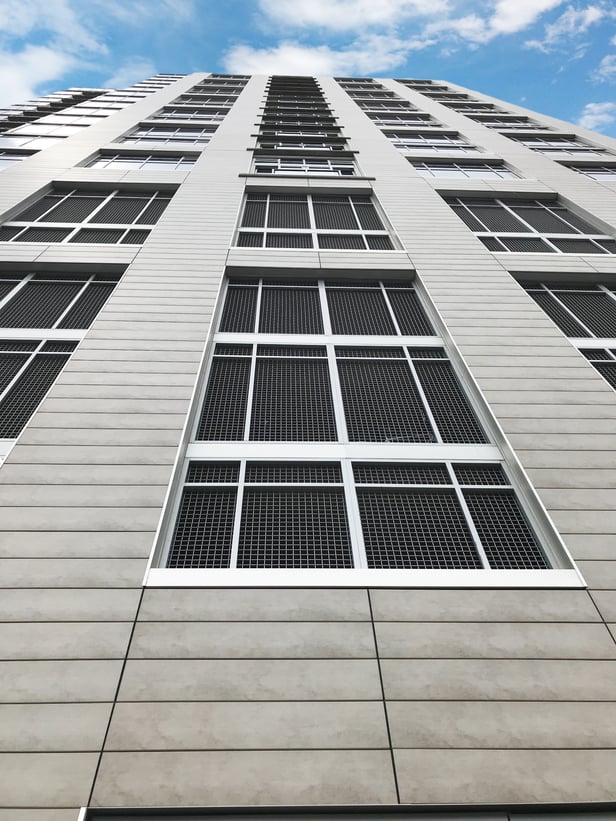